Confusion of a Tamil in Gurgaon

I was in Chennai when Karunanidhi died and had reached Delhi on the day of Vajpayee’s death.

There were many things common between Karunanidhi and Vajpayee. Both were charismatic and visionary political leaders, legendary orators and literary celebrities.

The reactions to the deaths of the two leaders, who had so much in common, were dramatically different. Oops..correction. There was drama in Chennai but no drama in Delhi.

In Delhi, I was able to get taxi and do my shopping of essential items. I even went to the Gym today. We cancelled our bridge tournament in Gymkhana Club as a mark of respect to the departed leader. Public holiday has been declared but there is no undue inconvenience to the public in terms of transport or other essential activities. 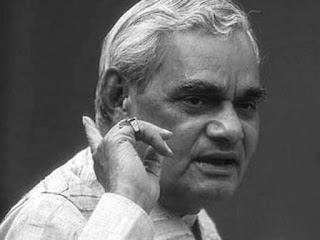 But in Chennai, the post-death scene was dramatic and disruptive. Immediately, the shops, restaurants and even roadside tea stalls were closed. Buses, taxis and even autos were taken off the roads. Travellers had difficulty in reaching airports and train stations. I could not buy any gift or fruits or sweets for my family and neighbours. I was prepared for fasting as my way of mourning. But fortunately the restaurant in my hotel (Hotel Design inside the Phoenix mall) was open. In the TV, they were showing people shouting, screaming and weeping loudly. Some wanted/hoped/called for the restoration of life to the Kalaignar. There were fears and rumours about possible violence and damage to public properties such as buses. Fortunately, there were only a few minor incidents. No self-immolations either this time.. 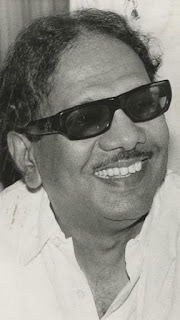 Of course, this is not the first time such reaction was witnessed in Tamilnadu. It was even more dramatic when Jayalalitha, MGR and Annadurai died. In all these cases too, the death was not sudden but expected following prolonged illness. Hero worship, even after death of the hero, is taken to the stratospheric level in Tamilnadu. It seems to be a unique Tamil tradition/culture/politics/mindset.

I was born and brought up in the heart of Tamilnadu, irrigated by Cauvery waters in Thanjavur and Tiruchy. I had studied in Tamil medium schools and enjoyed Tamil literature. My dream in college was to become a Tamil poet. Even now the songs of old movies such Paasa Malar and Paava Mannippu lift me out of Gurgaon and fly me back to walk in the sands of Kollidam river and around the ponds where I had heard them for the first time over village Panchayat board radio loud speakers.

My formative years were shaped, influenced and inspired by the Dravidian movement and its great leaders and writers like Karunanidhi. My Tamil pride made me throw stones on railway stations (symbol of Hindi- imposing Central government) during the anti-Hindi agitation. I failed couple of times in the Hindi exam conducted in Mussorie academy. The Hindi teacher saw I was hopeless. Out of sheer pity, I think she helped me pass with some extra marks of sympathy. Even now I end up paying double to the autowallas since I get confused between pachaas and pachees. I am the most valued customer and sought after sucker in Gurgaon.

When I was in the restaurant of Design Hotel, Chennai on the night of 7 August, there was a couple from North India in the next table. They were puzzled and curious by what was happening. They asked the waiters what did the death have to do with denial of essential service for the living. The waiters had no answer or explanation. They shook their heads this way and that way, confusing the North Indian guests even more, as I did to my UPSC interviewers in Delhi.

My Brasilian friends from Copacabana asked my why the Tamils celebrate death instead of life by making Marina beach as a cemetery and reducing the beach space for the celebration of life by the living ones.

Confusion of a Tamil in Gurgaon?

Posted by viswanathan at 8:17 AM No comments: